Our company was born in Barcelona in 2012 with the desire to bet on a different creation, critical and audacious. We are in a continuous search to develop our own language and a unique aesthetic. We decided from the beginning to take inspiration from the telenovelas of the 80’s. In this proposal we created two shows: “Boca de Perlas” and “Santa Culpa” with which we have been on billboard in the city of Barcelona and participated in several Festivales such as Fitaelx international, Fitag, Estrena-t, among others.

In 2016 we decided to bet on a visual and symbolic theater: “Princesses”
With this work (medium format) we have participated in "Estrenate" organized by CICUS, University of Sevilla (April 2017), "Cotxeres a Escena" (December 2017) sponsored by the the City Council of Barcelona. Princess won the artistic residence of Espai Tysner in Barcelona and the result of this residence was born "Fragments of a Princess", which has participated in the International Theater Festival L 'Citerne, Morocco (March 2018), International Theater Festival of Fez, Morocco (October 2018), Mono-Dame International Festival Marrakech, Morocco ( January 2019), X MUTIS theater festival Barcelona (March 2019) in where it won the prize to "The best movement performance”. ALBROCAL XIII Festival , Nambroca, Toledo Spain. (October 2019). Nominated for best director and best actress.

During 2018 we premiered "Enfermeras", a micro theater project, in which we won the artistic residence "20 minutos" Espai Tysner, Barcelona. It was shown in 2018 (September) in Microdegustación teatral, Barcelona and in the theatre La Encina in Madrid (May 2019).

She was born in Bochum, Germany. She studied acting at the University of Chile. She has excelled in theatrical projects with directors such as Andrés Pérez, Mateo Iribarren, Sebastián Layseca, among others. In Cinema she was the director and screenwriter of the short films “Trillizas”, “Ilusión”,”Nadia” which are in the International Short Film Festival of Chile (MICC). She participated in the Collective “Popular International Heart”; with various cinematographic projects and in several series such stories as “OHiggins” directed by Ricardo Larraín and “Cárcel de mujeres”; directed by Nicolás Acuña.She also works in other artistic areas, such as painting with exhibitions in the Emiliano de Rokha Gallery and within the Chilean Bicentenary independence celebration “Bicentenario Chile Exhibition” in Barcelona, among others. She has complemented her studies in this area in Santiago de Chile, Buenos Aires and Barcelona.

In 2010 Daniela formed her own theatre company Robinson Cecilio as Co-director and actress. Robinson Cecilio premiered the play “Perras Urbanas" in Versus Theatre, Barcelona.  In 2012, She started a new project "María La Culpa", where she is Co-director and actress until now. Nominated for best direction with “Fragments of a Princess” at the ALBROCAL XIII Theater Festival, 2019 in Toledo, Spain.

She works in casting direction since 2008 with Alejandra Alaff and Mercè Ramos.

She was born in Viña del Mar, Chile. She studied Drama at DUOC.UC, Chile. She studied Gestural theater, at the International School Estudis del Teatre de Berty Tobias (Jacques Lecoq), Barcelona. She has made monographs of Clown with Cristián Atanasiu, Comedia del Arte with Felipe Cabezas, The voice in movement with Hans Richter, Mimo with director Pachi Torreblanca and currently contemporary dance with Gabriela Barbeiro.

In 2005 he founded the Theater and Cultural Association, “La Ira Teatro”, with which she has made several plays, mainly of gestural theater and Comedia del Arte, which have been programmed in differents rooms in Barcelona and participated in severals Spanish Festivals such as “La Marató del Espectacle”; Mercat de las Flors, Barcelona, “Fitag”; Girona, “La noche en Blanco”; Madrid.

In 2012  Marisol created the company "María La Culpa", a project led by women where she is an actress and Co-director until to day. Nominated for best actress with “Fragments of a Princess” at the ALBROCAL XIII Theater Festival, 2019 in Toledo, Spain.

She also studied and works with the Pilates method. 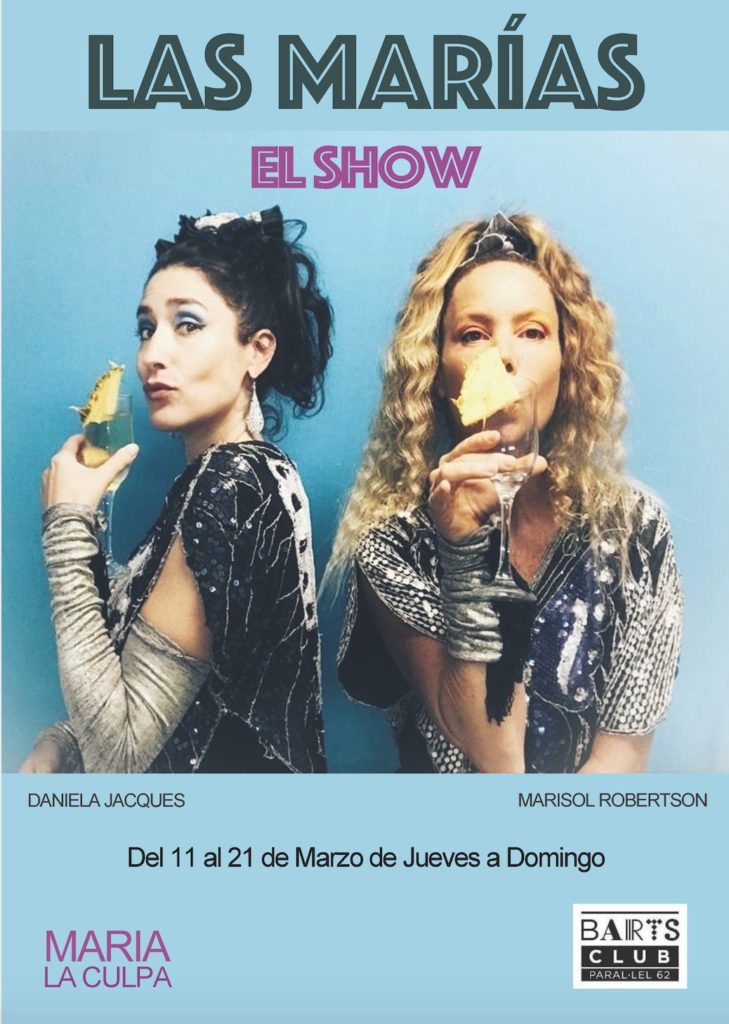